Happy Bloggiversary to me!

So today is my one year bloggiversary! And I know I've been lagging in the posting department the past couple of weeks.  I hope to rectify that soon.  Today I have a post of a ton of stuff I've been eating.  I will do a second post with a special GIVEAWAY!! Yup, look for it.....it's a good one! 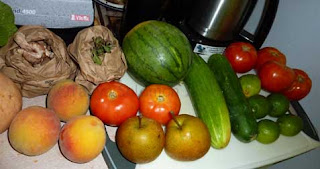 Look, some of my indoor grown swiss chard: 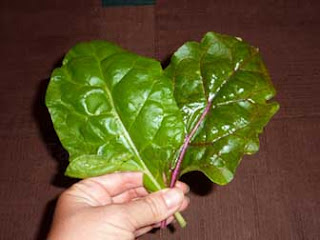 Two weeks ago at the market (Hollygrove), someone had made some Caponata for us to try. It was delicious!  Whoever you are, thank you for the recipe.  I made it: 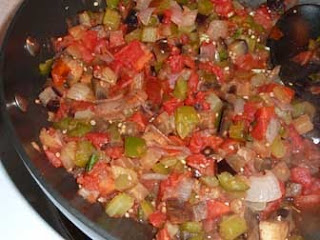 I served it atop some sprouted grain bread with my swiss chard on it: 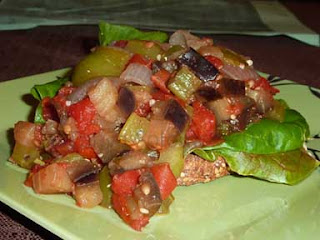 Here is the recipe (& my changes):

Chop up 3 small eggplant (I used 2 medium), 4 stalks celery, 1 red onion (I used yellow), 5 baby bell peppers (I used 1-2 regular), 5 cloves garlic, and saute in olive oil (I used water) in a large saucepan.  When almost cooked through, add 2 diced creole tomatoes & simmer, covered til all is cooked through (but not mushy). Add 1/2 cup sliced black olives (I omitted...I hate olives), season with salt & pepper, cayenne (I used Creole seasoning), marjoram (left out, didn't have it), oregano, red wine vinegar & basil to taste. Add chopped herbs like parsley, basil & chives to the goat cheese (I didn't use cheese, obviously) & mix well. Slice up your favorite bread, top with caponata & add the goat cheese and some greens, like arugula & spinach.


It was really good and quite simple to make!

Then I tried to make Mama Pea's Peanut Butter Cup Shake (like a Dairy Queen Blizzard).  Mine didn't come out quite like hers.  I did replace the coconut milk with vanilla almond milk.  It was way too icy, but still good.  The peanut butter cups were awesome! ( I used Sunbutter in mine).  Maybe next time I'll try coconut milk... 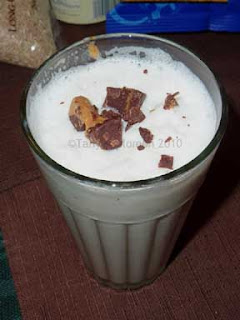 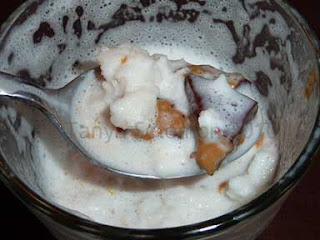 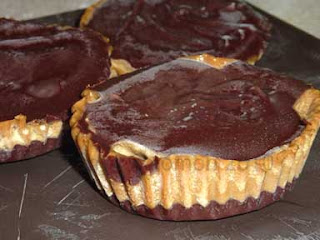 I made my stuffed mushrooms again, but slightly different (always depends what's in the fridge). These were local baby portobellas, stuffed with some cooked brown rice, mixed with tomatoes, creole seasoning, some chopped walnuts, chopped celery, & various herbs (basil, parsley). 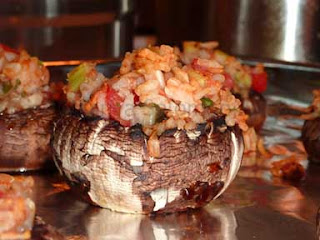 Made some Red Wine Lentil Soup from an old Parade magazine (sept 10, 2006). It's so good! And I added more veggies, of course and left out the butter. And used veggie broth instead of chicken. 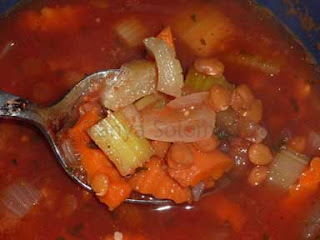 Also toasted up a sprouted grain tortilla in my little toaster oven. Put it in there on about 300 degrees for 20 minutes or so, flipping it once in the middle.  Then I tore it up so I could dip them! 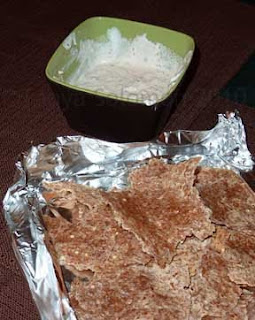 
Stir all together.  You can double the recipe to make more.


Made that Raw Sunflower Seed Falafel again, but served it as mock "tuna" on top of slices of tomato and swiss chard: 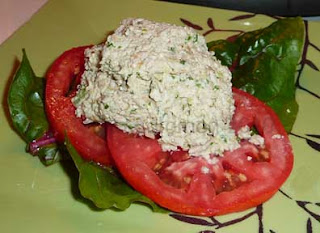 Then we had guests over the next day and I served it in cucumber tubs: 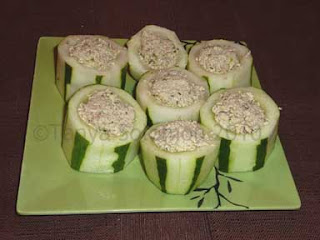 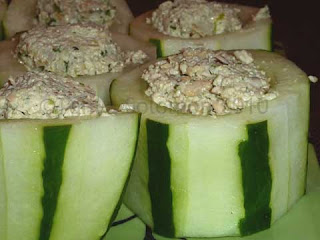 After the cucumber tubs, I served my Teriyaki Udon noodles but with more vegetables. 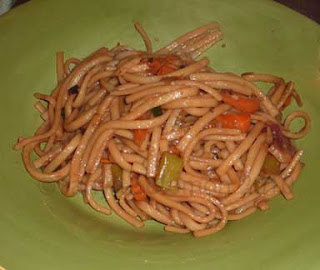 Then a version today with no noodles! Just vegetable Teriyaki: 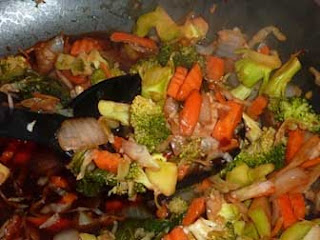 I think I've finally come to the end of this post.  Phew! That was a lot of pictures.