Boy do I feel lazy.  Haven't felt like posting a whole lot.  But I keep taking pictures of the stuff I make....and they pile up!  So here we are...lots of pictures ahead. 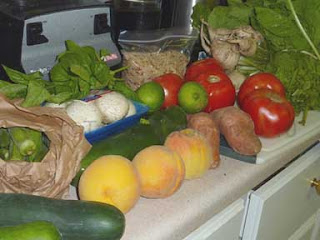 I made some Butternut Squash Barley "Risotto" the other day. It was really good and so here's the recipe: 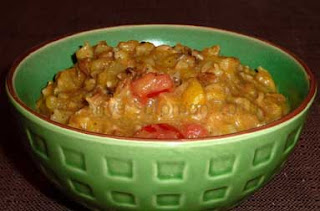 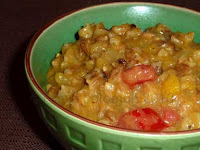 Steam the cubed squash for about 30-45 minutes, or until soft. Set aside.


On medium heat, saute the onion & garlic in a little water until translucent.  Add wine and cook ~5 minutes.  Add the barley & water/broth. Bring to boil. Cover and simmer for 1-1 1/4 hours until the barley is mostly soft (still chewy). 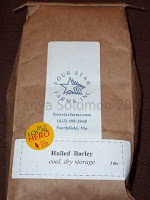 Mash up the steamed squash with: almond milk, 2 tbsp nutritional yeast, sage, curry & nutmeg. When almost all the water is absorbed by the barley (there can still be some left, it will make it creamier), add the mashed squash & tomatoes, and mix well.  Add 2 tbsp more nutritional yeast and salt/pepper to taste. Cook another 5 minutes.


Yesterday, we wanted pizza and I wanted to use up these awesome sprouted grain tortillas we had (you should freeze them if you're not going to use them within a couple of days): 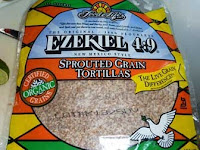 So I laid out 2 tortillas on parchment paper on a baking sheet and spread some of my tomato sauce on it (pureed tomatoes, minced garlic, onion powder, oregano, salt, and red pepper flakes), followed by sliced peppers, mushrooms, onions and fresh basil & chard. I sprinkled on some Daiya mozzarella shreds and topped with a little more sauce.  Put them in the oven for about 10 minutes on 375 or so.  They do get a bit soggy in the middle, whereas the outer edges are VERY crispy.  You could try spraying the bottom of the tortillas with oil before you put it on the parchment paper (I didn't).  They were pretty darn good! 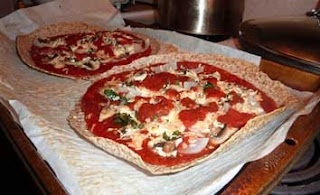 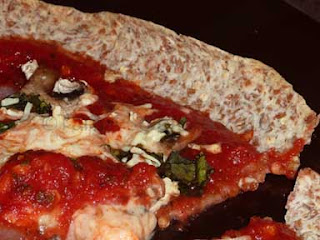 Thinly slice up red & green bell peppers and onions.  Saute the onions in a pan on medium heat with a little water.  Let the water run out and continue dry-frying them.  They will start to burn. Keep mixing them every few seconds while they burn.  After doing this for a minute or two, add in a little water.  It will sizzle, so WATCH OUT!  Then add the peppers.  Do the same thing....let the water run out, dry fry them. Let them burn. As you mix, add in some cumin powder/seeds, coriander powder, chili powder, black pepper, and salt.   Finally, add in a little water and let sizzle again.  Turn off the heat.

Lay out 2 sprouted grain tortillas.  Spread guacamole on them. Then, spread on some of Ani Phyo's "Taco Nut Meat" (awesome stuff!), then the veggies.  Wrap how you want...taco style, burrito style, fajita style.....it's up to you! 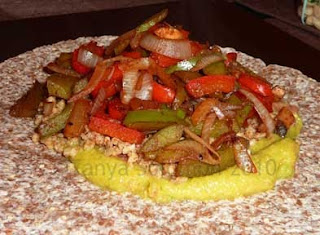 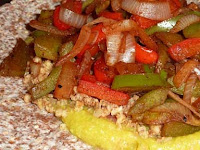 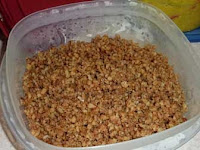 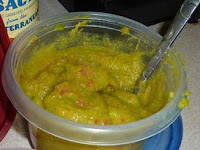 Then I tried to make Ani's Basic Flax Crackers from Ani's Raw Food Essentials.  I think they were way too thick...I should've spread them on 2 baking sheets.  They never really crisped up except for a few edge pieces.  I baked them on 300 degrees for at least 45 minutes per side. Still good though.  I added garlic powder & onion powder. Note to self: buy Excalibur Dehydrator, when I can afford it and have space! 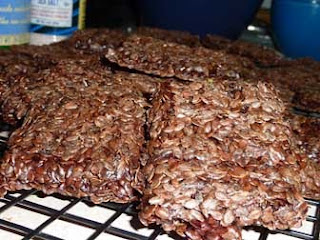 Since I still had plenty of butternut squash, I decided to make the Curried Butternut and Red Lentil Soup with Chard from Robin Robertson's "1,000 Vegan Recipes". Delicious!! I left out the oil and used pureed tomatoes from a jar, instead of the crushed. 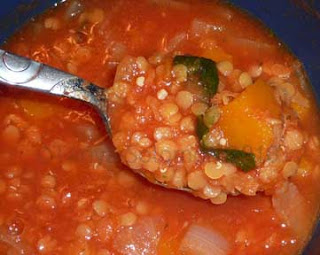 Other stuff I've been eating:

My black bean burgers with BBQ sauce and a side of my mashed potatoes(mash up some cooked potatoes, add a little almond milk, garlic powder, black pepper, onion powder, nutritional yeast, and Creole Seasoning) 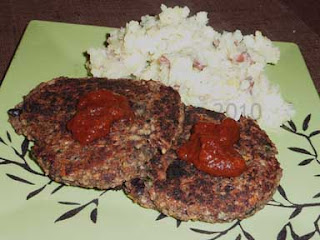 I tried a Gardein product for the first time and it was really tasty. I try not to eat/buy too much in the way of pre-packaged foods, but I had a coupon and finally broke down and went to Whole Foods: 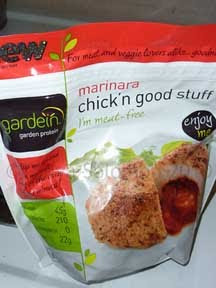 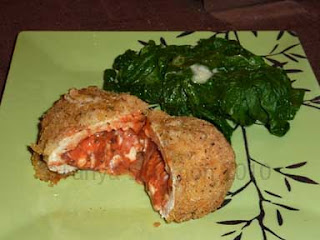 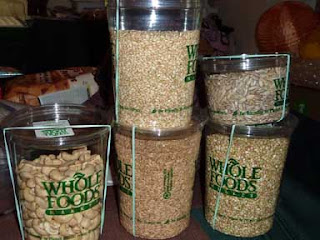 Also got some essential seeds: flax and hemp (plus my favorite falafel chips!) 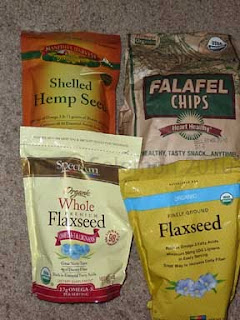 Ok, I think that's quite enough for now, don't you? Tired of looking at millions of photos yet?

Another giveaway: Chocolate Covered Katie is giving away a TON of Larabars!!