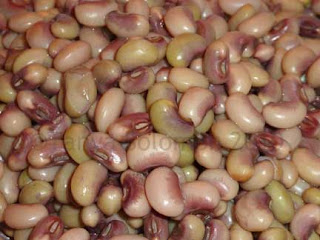 I got a TON of pink-eyed peas from the farmer's market this week and last week, so I decided to go ahead and finally cook them!  Boiled them for about 1 hour.  Drain and done. 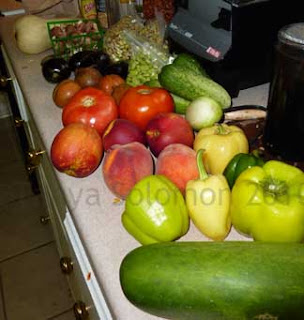 And that leads me to today's lunch! 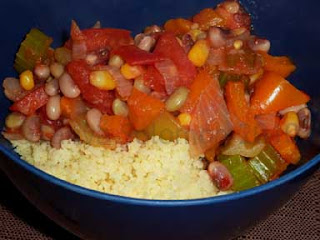 
Saute the onion in 1/4 cup water.  Add water as needed, so it doesn't stick.  When soft, add the celery and peppers.  Cook on medium for 2-3 minutes.  Add the corn and a little more water and cover.  Let steam for 2-3 minutes.  Add the peas and all spices, except the salt.  Stir and add the strained tomatoes.  Add in the chopped tomato and cook for another few minutes.  Just before serving, add the salt and stir.  Serve over couscous or brown rice.

I served mine over Near East couscous, as they were kind enough to send me a few boxes. I haven't had couscous in a while and it was very tasty :) 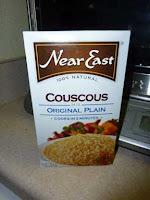 Speaking of couscous, they also sent me their Toasted Pine Nut flavored couscous, which went really well in the Sicilian Stuffed Tomatoes I made from Robin Robertson's 1,000 Vegan Recipes. 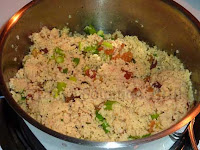 Some with a little Daiya on top, and some without: 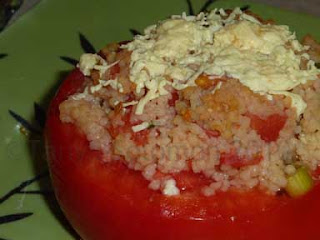 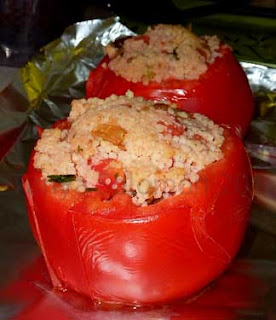 One of the blog's I read is Mama Pea's Peas and Thank You blog.  You should check it out, especially if you have kids (her girls are so cute!).  And I've probably bookmarked a billion of her recipes by now.....so I decided I should finally make one. I made her Simple Black Beans and Corn and Millet Pudding. The only problem I had was that the millet would NOT grind up.  I still put it in, but I added in a few spoons of cornmeal to help.  Not sure why the millet wouldn't grind up in my food processor.  Maybe it would have, in the Vita-Mix?? Anyway, it was all delicious!  Now I have a ton of beans....I froze most of them :) 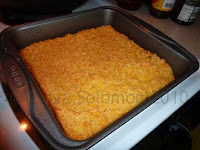 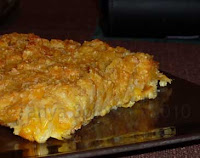 On to another smoothie recipe: 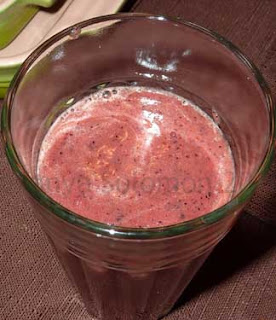 
Blend. I think ginger might go nicely in there, but I haven't tried it yet.

Stevia:
Have any of you tried Stevia? I tried it (and spent a lot of money for the little container) and can't stand it.  I do love licorice flavor, but that was just toooooo much. Bleh.  I bought the powdered stevia extract.  But I also tried my mom's regular stevia powder (not extract) and still didn't like it.....I tried both in my oatmeal.  Maybe it's better in a smoothie?? Any other suggestions?


Nori rolls with Ani Phyo's "Sushi" Rice made from jicama: 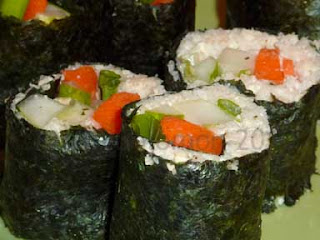 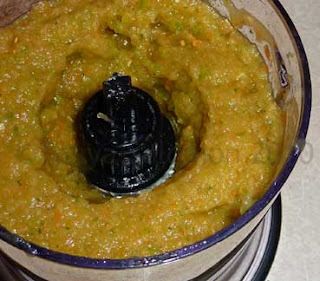 Ok, that's all for today.  Glad we didn't get a tropical storm this week after all :)

LeslieLovesVeggies is giving away 2 copies of "The 30-Minute Vegan's Taste of the East" cookbook!

Look for a post Monday or Tuesday about my giveaway!!