We finally got to the market this week! And we even played some music there this week (they were looking for musicians to play). We played a Cajun duo (video here) by David Rimelis (written for us) and a duo (Nocturne) that Scott (my husband) wrote. You can hear it here (#3). 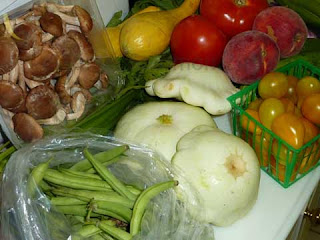 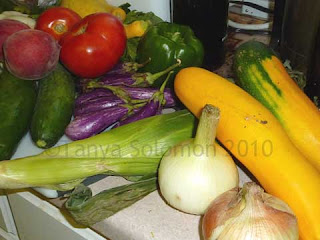 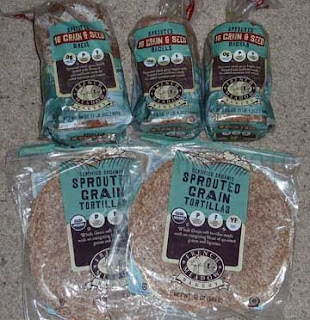 A while ago, I ordered some sprouted grain breads from French Meadow Bakery (they only ship one day a week, so get your order in early).  I got a bread, some bagels, and tortillas.  I LOVE bagels, so it's been rough for me without them (trying not to eat so much processed flour).  The bagel was very good, not the traditional kind I'm used to getting when I visit New Jersey, but still very good.  I think it needed to be toasted longer, because by the time I ate it, it almost was as if I hadn't toasted it at all!  Ate it with my Tofutti Cream Cheese.  Tried the tortilla out yesterday with leftover Sunburgers and Raw Ranch Dressing with raw veggies. The tortilla was very fresh tasting....good stuff. 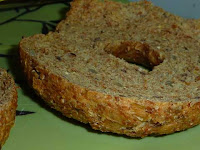 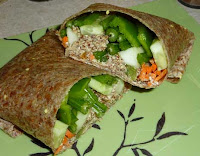 Made some hummus the other day. Since I'd cooked up a bunch of garbanzos.....it was different. Not as moist as my usual hummus.  Made it with just a little tahini, lemon juice, salt, broccoli and roasted red peppers. 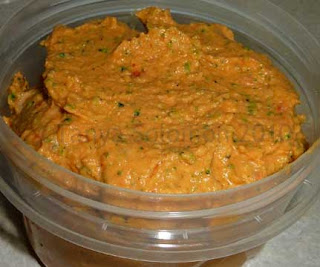 Also with the garbanzos......I found a recipe for Simple Chole, from VeggiePlatter's blog. It was really good and pretty simple. Next time I think we'll add some red pepper flakes to spice it up. 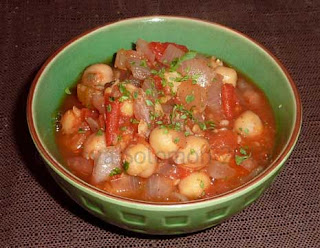 And here's a special picture of my grapefruit.....and it's alien: 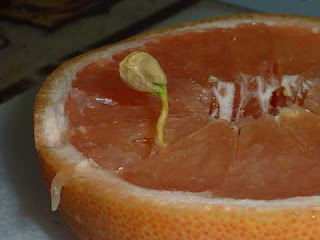 Giveaway:
-LeslieLovesVeggies is giving away a copy of Ani's Raw Food Desserts, which looks like an awesome book.

Blogger of the Week: Kelly at Vegan Thyme.  Her posts are so witty and she's got some great recipes!