So we went to NOLA VeggieFest this past Sunday, even though the rain was awful.  It was flooded everywhere!  But then again....this is New Orleans.....we shouldn't expect anything less. It floods in a matter of minutes here.

We were a bit overwhelmed when we first arrived. Tables everywhere.....samples of foods.......lots of books.....t-shirts.....stickers....more food.....beer.....wine......WOW! They even offered free magazines when you entered....a Vegetarian Times and a VegNews. I am already a subscriber to both, so I didn't take any.  We each got a nice bag from Sublime restaurant to fill with all the good stuff.  My husband, of course, felt much more comfortable once he had a beer in hand, thanks to NOLA Brewing: 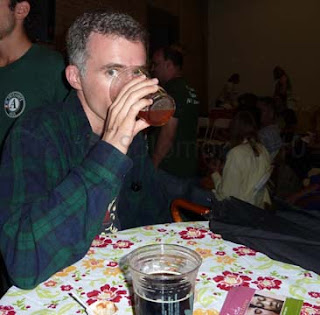 They also had samples from Frey Vineyards in California.  There were lectures from several different people, including the one we heard from Josh Hooten, the co-founder of Herbivore Clothing Company in Portland, OR.  Very interesting guy. Other sponsors/tables included: Book Publishing Company (and I met Rick, who has been kind enough to send me some great books for review!), Vega, Bute Island (Sheese), Tofurkey, Daiya Foods, Field Roast, Primal Spirit Foods, Coconut Bliss, Parma, Sunshine Burgers, Mary's Gone Crackers, So Delicious, Amy's, Theo Chocolate, Bob's Red Mill, and so many others.  I can't possibly list them all.  Most had free samples for us to taste, and some had free stuff to take home, including some sample hot cereals from Bob's Red Mill, Parma, Soyatoo, and other magnets, stickers, and cool pamphlets from Farm Sanctuary, PCRM, and more. 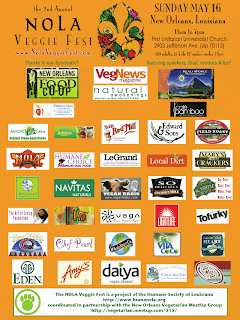 We ate a ton!  In the back courtyard, we had some vegan jambalaya: 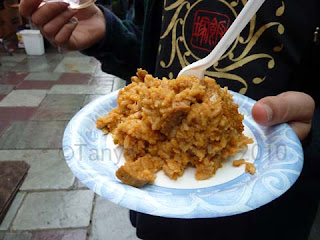 And there was an Indian family there with their own delicious food....we packaged it up to take home because my husband loves Indian food but we were so stuffed by that point.

Our own Hollygrove Market was there with food (our weekly farmer's market), as well as great coffee I got from Hey Cafe, with some So Delicious Coconut Milk creamer.

And remember my major SHEESE FAIL???  Well, they  were there, and we had to try something else from them, or I'd always hate them.  Unfortunately, they didn't have the block cheeses to try, but we tried their spreads and they were delicious!! YES.....that's right.....DELICIOUS! So, at least I can't avoid them completely now...and perhaps I just had a bad batch.....??? 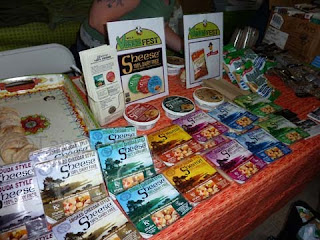 We tried a Gardein product.....I've never had it before and it was really good.  Then we tried the Sunshine Burgers, and although it didn't wow me, my husband liked it.  I don't think I can get any Gardein products locally without going to Whole Foods, which I'm trying to avoid.  Oh well.  At least I got to try it.  We don't really buy much in the way of pre-packaged processed foods anymore anyway.  We had Tofurkey deli slices with Nasoya dijon "mayo" on it....very tasty.   Sampled some chili from Amy's and that was really good too. 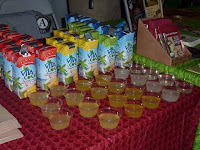 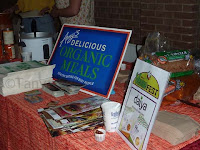 Another local restaurant (they're actually based in Louisville, KY) that was there, was J Gumbo's and we tried their White Bean Chili, which was vegan and it was awesome! And they have a location right near our house :) How convenient.....

For dessert, there was a local couple there from the Northshore (Mandeville, LA): KC's Babycakes. 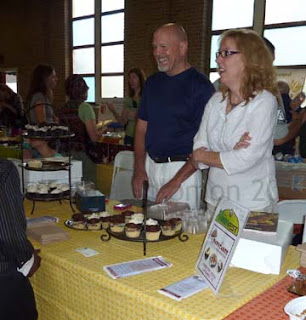 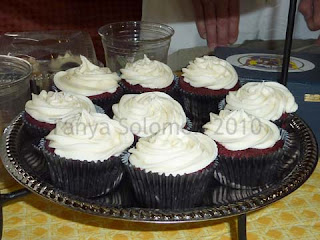 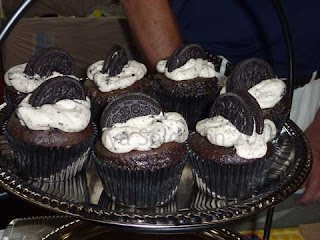 The marble cupcake with chocolate frosting that we brought home: 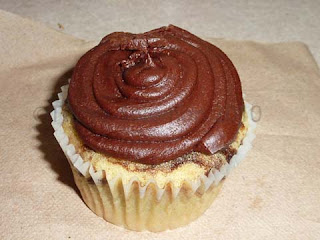 Here's the stash I brought home: 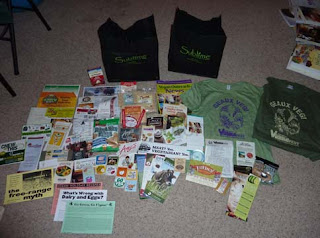 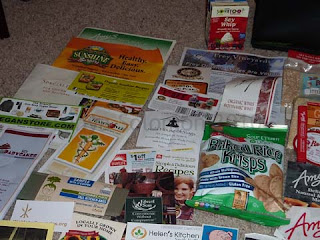 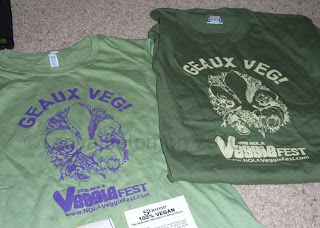 Now that I'm off work....I'll try to post more, and believe me, I need to catch up. Coming up next: Book review (Vitamin D: The Sunshine Vitamin) and my Barley "risotto" recipe!

Blogger of the Week: Cathy's Bread Experience Blog.  If you love baking your own bread, this is a great blog to check out AND she recently tested out a sprouted grain bread that I had requested!!