Ok, since I have the time, why not have two posts in one day??  And since this recipe is almost a week old by now....I thought I better post it already! 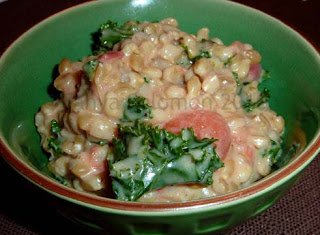 
Put barley and liquid in a pot and bring to boil.  Turn to low, cover, and simmer about 1-1 1/4 hours.  Hulled barley takes longer to cook than pearl barley....keep this in mind if you're going to use pearl instead.  When the water is absorbed, mix in tomatoes, kale, and spices.  Let heat through for a few minutes, then mix in the Teese well until it's melted. Serve!

I recently read that hulled barley is better for you than pearl barley.....as in, it still has it's outer layer, or bran? I guess pearl barley is more like white rice and hulled is like brown? Is that right?  Anyway, it still tastes good, but it does take a lot longer to cook. But so does brown rice, etc....

Other things I've been eating: 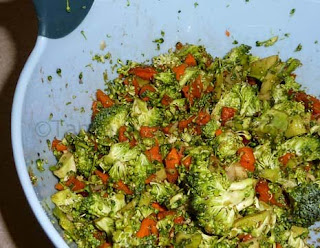 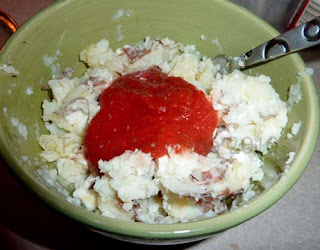 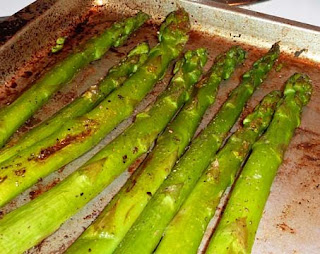