First of all, I want to thank those of you who came out to our NOLA Musicians Benefit Concert for Haiti yesterday in the cold and rainy weather.  We had a lot of fun playing! Thanks to all the musicians who played, and to Eva, Cherie, and Carlos R. for helping to put it together.

And since it's been so cold and rainy, I thought it would be a good day to try some miso soup!  I had some mellow white miso in the fridge so I found a recipe in Robin Robertson's 1,000 Vegan Recipes.  I left out the tofu, since that would add extra calories.  I found it to be a little on the watery side, so I added a little extra miso and soy sauce (which it said you can do....to taste).  It was delicious!  It made a lot of soup, so we've been heating it up for leftovers :) 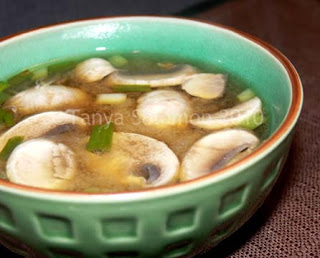 I've also been reading Alicia Silverstone's The Kind Diet.  I found a great recipe (Sicilian Collard Greens with Pine Nuts and Raisins) for collard greens, which I had in the fridge from the farmer's market.  I left out the pine nuts because I didn't have any....she says you can use pumpkin seeds instead, but I didn't any of those either.  It was still good.  And I left out the oil, because I'm trying to leave out as much oil as possible from my cooking.  My husband thought there were too many raisins for the small amount of greens that it actually cooked up (they really shrink!).  So next time I'll put in fewer raisins, but it was a very tasty dish. 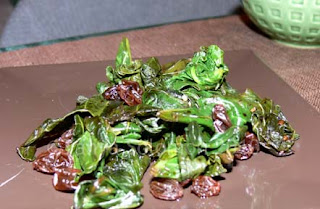 For those of you wondering, the local (New Orleans) vegan bake sale for Haiti will NOT take place on Saturday.  It will be rescheduled due to Mardi Gras and Superbowl happenings.  I will keep you posted.

And here's a picture of the lunch we took to work the other day.  I used the Sunflower Seed Falafel recipe as a spread on the nori sheets and added vegetables. Soooo good :) 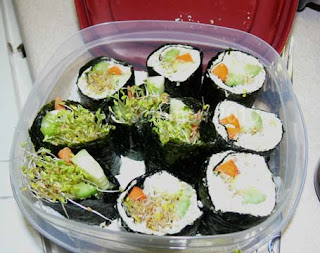