New Kids on the Block

Nope, not the band. It's all about two new cool places that opened up in New Orleans: Cafe Carmo and Poeyfarre Market.

Both are in the Warehouse District of New Orleans. Within blocks of each other. It was hot, but we walked it anyway.  First we stopped into Cafe Carmo for lunch since we'd heard about the awesome vegan options there. We ordered the special, in its vegan version:

It was some sort of Egyptian dish with lentils, chickpeas, vegan meatballs, with a little rice and pasta in there. It was pretty good! The tomato sauce had a great flavor. For me, I could have done without the pasta (white flour) and wish it had been brown rice instead of white.  But, still, it was good. I had to get the vegan dessert, which was some sort of banana cake:

REALLY moist and overly sweet. But, very good! Had to split it three ways :)

I will definitely go back. Everyone in there was really nice. Good service (though you order at the counter) and nice (but small) ambience.  It looks like they could be expanding next door...???? I saw some new French doors leading to construction. That would be great. If you're in the area, you should definitely check this place out. They did have a vegan potato salad too, which I didn't try. There are many other things on the menu that can be veganized as well. Go check it out!

Then we headed over to the new Poeyfarre Market.  Maybe not in the best area, from what I could tell, but still, quite a nice market.  There are a lot of warehouse condos here and so I'm sure this new addition will be great for the local residents.  It was very clean and nicely laid out.  Not at all crowded and cramped. They had some vegan cheese, including a vegan parmesan, lots of vegan/raw protein powders & bars. They even had kale chips!! I saw hemp milk and almond milk, and some gluten free products too, like brown rice pasta. There's lots of wine, and a big walk-in beer cooler in the back with a decent collection. Really nice market (wish it were in my neighborhood).

Other things I've been eating:

A variation of my Barley Risotto: 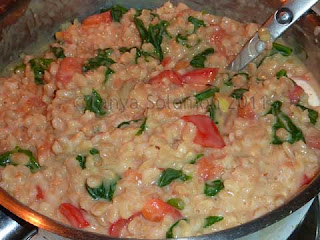 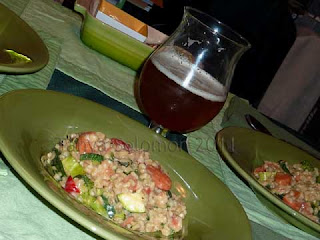 I made Ani Phyo's Love the Chicks Pate with some Red Enchilada Sauce: 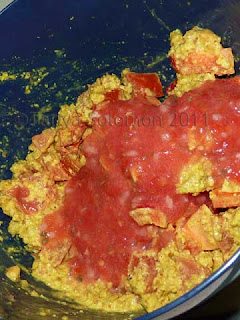 And finally, we tried the Alexia Sweet Potato Fries. I had a coupon for them, so I purchased a bag a while back. I've gotta say....they were ultra greasy. The flavor was really good, but they were just too oily for me. It's probably just because I don't use very much oil anymore and I just wasn't used to it. Oh well. I won't buy them again. But....the flavor WAS very good (Chipotle): 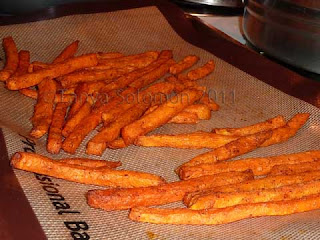 That's all for now folks!

On another note, my husband and I are now teaching viola lessons via Skype! If you or anyone you know is interested, please check out the details here. Feel free to share this information with your friends :) 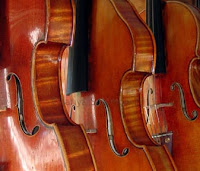