Can't believe it's been so long since I posted last.  Well, here I am. Back to work....and we took our short trip to Atlanta too.  HAPPY WORLD VEGETARIAN DAY!!

Today's post is just a bunch of stuff I've been eating, tofu from Averie's blog, and some samples from TastyBite.

I recently made Ani Phyo's Ginger Almond Pate from Ani's Raw Food Kitchen. Delicious!  You can use it on anything: 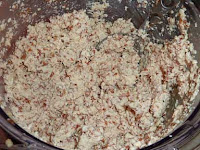 The Pate in raw nori rolls: 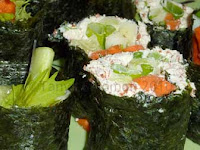 The Pate in a raw wrap: 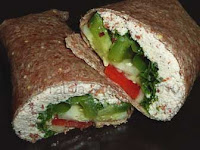 It makes a ton and you'll have lots of leftovers to use for several days.

Then I made my whole wheat calzones with Teese. So good! I love you, Chicago Soy Dairy :) 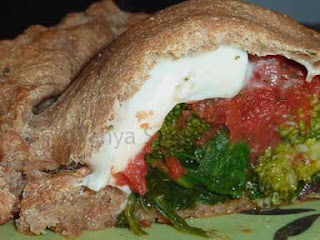 And I also made a Veggie Quesadilla with Teese: 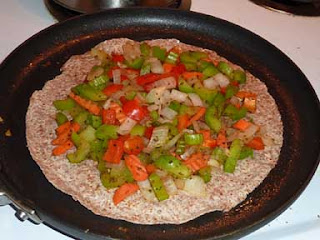 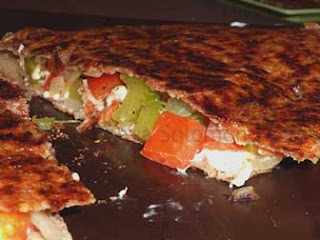 
Saute chopped veggies in a little water until mostly cooked (I like them a little crunchy)
-peppers, celery, onion, carrots, anything else you like
Flavor with cumin seeds, chili powder, oregano, salt & pepper. Set aside.
Spray a skillet with oil and put one sprouted grain tortilla in it.  Add the vegetables on top and sprinkle with Teese (I used mozzarella).  Top with other tortilla.
Press, but don't squish the filling out.
Here's the tough part. When browned, flip. Hahahah......mine kind of fell apart at this point.  Maybe I should have put it in the toaster oven instead.
Anyway, brown the other side. Let cheese melt.  Put on plate and slice into quarters.

I got some awesome stuff from TastyBite.  They make lots of "convenience" foods that take very little time. Great for tired, working people! I don't usually rely on this kind of thing. But it sure comes in handy sometimes when I'm just too tired to cook anything and I'm out of leftovers (grains, veggies, etc.). The packages come with 2 servings. But to tell you the truth, it's really one serving if you eat it alone.  If you want to eat it with rice or potatoes, I suppose it would be 2 servings.

So far, I've tried the Kerala Vegetables, Good Korma Simmer Sauce, and the Mushroom Takatak.  All are very good. (they've got several vegan packages...all labeled!) I found them slightly oily (and you can see it in the pictures), but not overly so, especially if you combine it with a potato or something. They have lots of flavor. When I made the simmer sauce, I think I added too many vegetables! I probably could've used another packet of the sauce, but it was still a good flavor. The Mushroom Takatak I ate by itself (it already had potatoes in it).  The scary thing was....I put it in the microwave like it said and 40 seconds later it started popping and it sounded like things were exploding in there....so I took  it out...it was hot enough.  Weird! But tasty :) 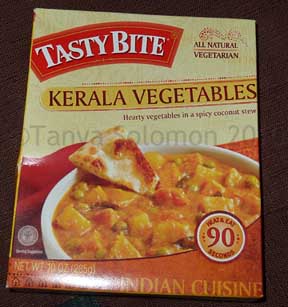 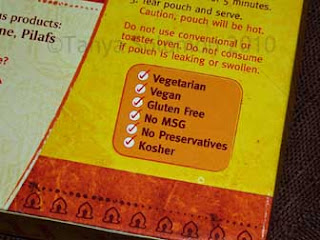 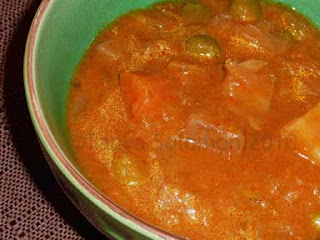 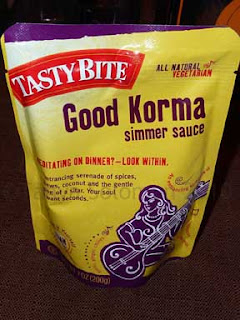 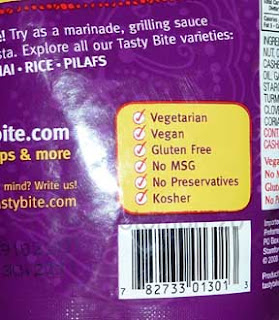 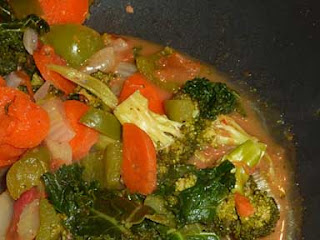 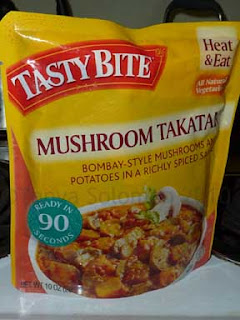 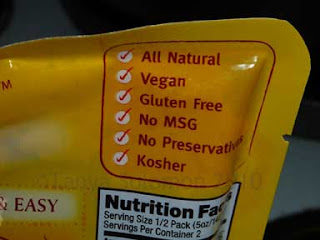 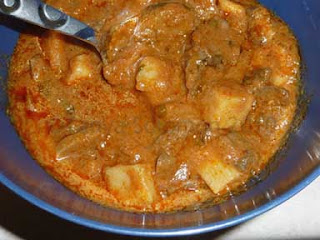 I made more Eggplant Caponata atop sprouted grain bread with swiss chard: 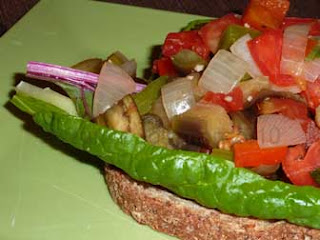 I don't often use tofu.  But I found this cool stuff at Whole Foods, when I shopped there last month: 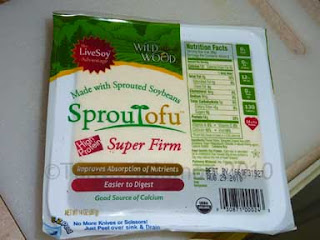 So I decided to try Averie's Sesame Ginger Maple Tofu. It was really tasty! My husband said it tasted like french toast. He's right....I could totally eat it for breakfast :) Thanks, Averie. 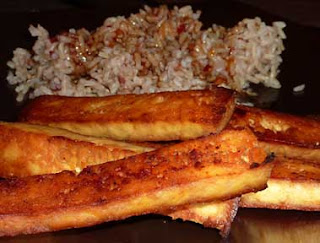 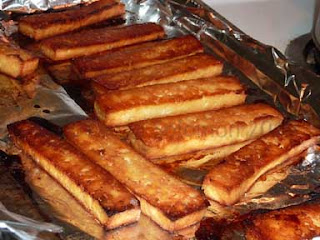 I was thinking maybe I should do one recipe per week (or every 2 weeks) from another blog. Is that a good idea? Gives more presence to those blogs, too.  And I have so many in my Google Reader that are starred for recipes, haha.  Too many. I should start making some of those things.  So maybe this is the first of my "Blogger Recipes" series!

Upcoming posts: Recipe for Millet with Roasted Vegetable Sauce and My Trip to Atlanta!

I still have a few weeks before my NYC trip, so you can still add your restaurant suggestions to that post!