Risotto for the Fall and upcoming Vegan Queso! 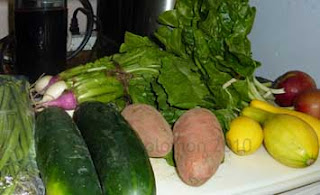 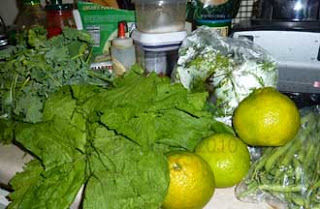 Next up, a great recipe for this time of year, especially with all the sweet potatoes I've been getting at the market! 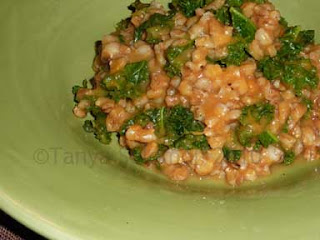 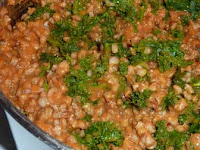 Put the the barley and water in a pot and bring to a boil.  Cover and simmer until chewy (1-1 1/4 hrs). It will take less time if you use pearl barley-follow package directions for that.


Put the cubed sweet potatoes in a pot and cover with water. Bring to a boil and cook until soft (30-40 minutes, depending on size of cubes). When done, drain and set aside.


When the barley is done, add in the sweet potatoes and stir well, mashing it up. You may need to add a bit of water so it doesn't stick to the bottom and to make it a bit creamier. Add in the seasonings and mix. Add the kale, cover, and cook another 5 minutes. When done, add the lime (or lemon) juice.  Add salt if needed at this point. Serve!


Other stuff I've been eating: 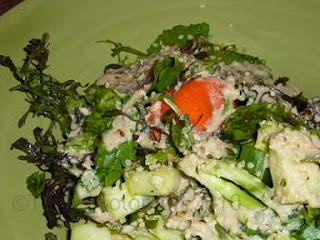 (goes great with hemp seeds on top!)
Made my whole wheat pizza again, with Daiya, of course: 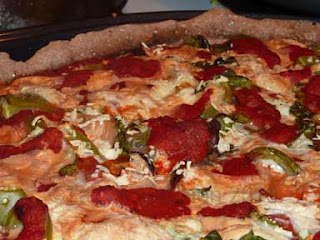 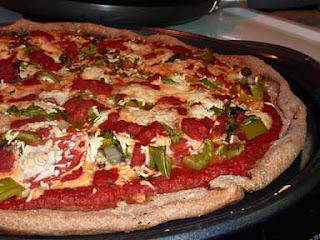 Sometimes I crave mac n' cheese, so here's my version: 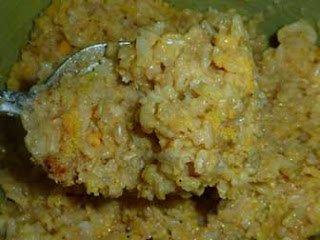 
Heat up the rice (unless you just cooked it)
Mix in the almond milk. Tear up the slice of cheese and add it in. Stir well. It may take several minutes for the cheese to melt in.  Then add in the rest of the ingredients. Add more almond milk, if you like it creamier. Enjoy!


And I am currently addicted to Robin Robertson's Tahini-Miso Sauce. Yup, I've been making tons of brown rice and steamed veggies with that stuff all over it! Delicious. It's in her 1,000 Vegan Recipes cookbook.

And last but not least.....who wants VEGAN QUESO??? ME!!! Ok, so I ran out of the best stuff ever: Nacho Mom's Vegan Queso. That's a disaster right there. I had to think of something. So I made my own! Yup. But it still needs another test, so I'm not putting up the recipe yet.  Now, it's not going to be nearly as delicious as Nacho Mom's, but I'm doing my best. And as soon as it's available here, I will buy it up :) But here's a sneak peek: 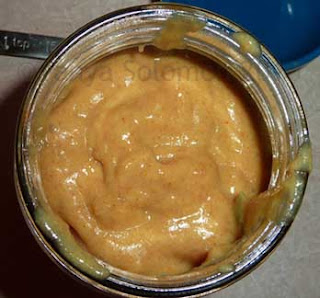 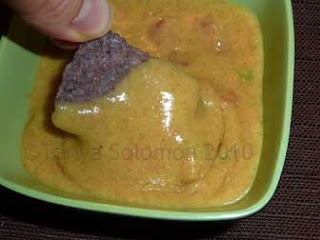