Stuff I've been eating and an apology

I'm so sorry I haven't been posting....been so busy with taxes and rehearsals, etc....and I know I missed last week's farmer's market and blogger of the week post. Again, I apologize.

It's 77 degrees and I finally have a day off.  In a week, I get to meet my 1 1/2 year old nephew for the first time, so I'm excited about that! Taxes are finally done...except for one small detail, but I have a lot on my mind.  I've been contemplating about buying a new camera and/or a new smartphone.  If I'd won the lottery, I'd buy both before my little trip next week. But......I don't know what to do. Maybe I shouldn't get either.  I don't want to take my big Panasonic camera with me on the plane....just too big. The one I've been looking at keeps getting more expensive and out-of-stock everywhere, because everyone wants it! Grrrrr......And I wish I had a bigger and better phone to use while in the airport waiting. They've replaced mine twice already....although I've had it for a few years by now. Maybe it's ready to go. And my wall phone charger just died too. Was that a sign??  I just feel cheated, because I've paid for insurance for the phone, yet they keep giving me ones with problems and that's what they'll keep on doing if I bring it back. 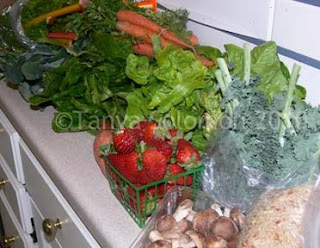 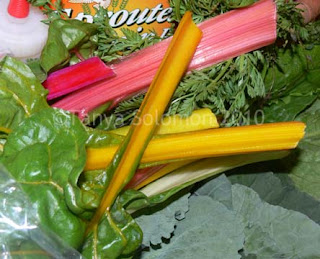 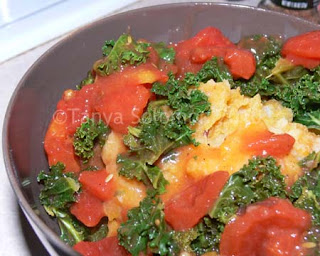 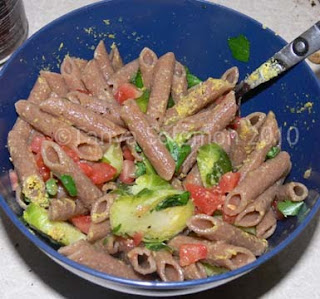 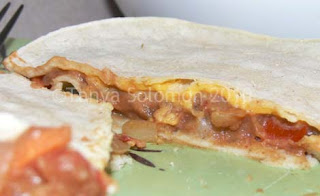 And I won a jar of Artisana Cacao Bliss from Elena's blog!! Thank you, Elena :) 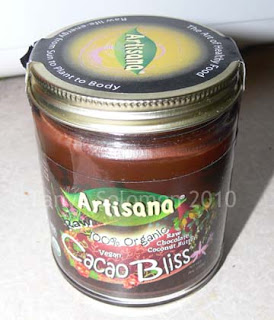 We held auditions the other day and I made some Cocoa Banana Muffins in mini-muffin form from Eat, Drink, & Be Vegan. I used all whole wheat flour instead of half barley and half oat. I also used agave nectar instead of maple syrup.  They were really good and not too sweet.  I should've filled the tins a bit more, as they were rather small muffins (leftover batter used for regular sized muffins in this picture): 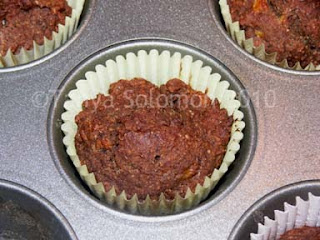 Blogger of the Week: Elena's EatHealthyBeHappy Blog.   She's written some really great posts, including one on reversal of hypothyroidism....very interesting. She's also got some really good recipes and giveaways!

Avery at LoveVeggiesAndYoga is giving away a $25 shopping spree for Chocomize! Go check it out...it's a really clever idea.

I think that's about all I can handle for today.