Catching up on food:chard and cupcakes!

I know I hadn't posted in a while before I left for my trip, so today I'm going to post some of the things I made that I didn't have a chance to blog about, and I've pictures of my Brattleboro Food Co-Op stash and latest Pangea order!! 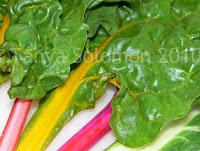 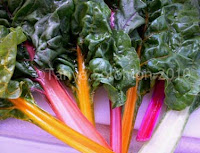 First, let's start with chard.  A couple of weeks ago I saw some Rainbow Chard at my local farmer's market, so I said what the heck and bought some. It was so pretty, I couldn't pass it up.  Of course, I had no idea how to cook it.  After a little research, I just folded over the chard leaves and cut off the stem.  I chopped up the stem and put it in a saute pan with some water and let it cook a bit.  Then I tore up the chard leaves and added them.  I served it over brown rice with a soy-based Asian sauce I make (McDougall recipe).  It was really good.  The chard was just a tiny bit bitter, but that's ok. 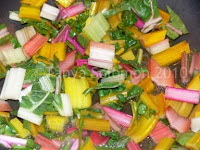 Next, I made a nice raw salad with my own cherry tomatoes and sprouts, and lettuce, turnips, kale, and carrots from the local farmer's market: 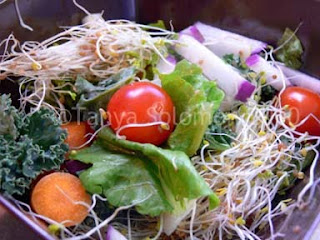 On to the cupcakes!!

I bought Isa Moskowitz's Vegan Cupcakes Take Over the World and finally got a chance to try one of the recipes: Your Basic Chocolate Cupcake.  They came out rather nicely...I only made a couple of small changes.  I used only a drop of oil and the rest water and I replaced the all-purpose flour with whole wheat bread flour.  They didn't rise a ton, but maybe if I only make 10 instead of 12 next time and can fill them up a little more, they'll be bigger.   I used her Rich Chocolate Ganache Topping to frost them....wow, delicious! I used agave nectar instead of the maple syrup, because that's all I had.  A big success...we loved 'em!

I think we're caught up now with stuff I made before my trip.

Here are a couple of pictures of the awesome stuff I scored at the Brattleboro Food Co-Op: 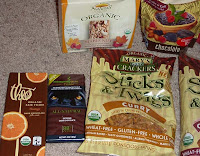 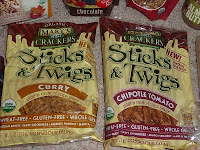 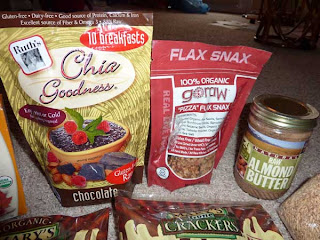 Plus....I got some hulled barley and oat groats, yay!
Here's what I just got in the mail from Pangea: 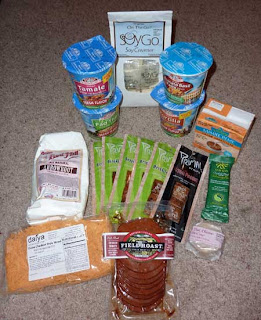 Coming up: really easy veggie stew and calzones!
Coming in May: book reviews