I've been so behind.  I'm really trying to catch up, but work was so busy for a while and now I finally have some time off to catch up on everything, from cleaning up, to taxes, to my beer blog, to this blog....it never ends! 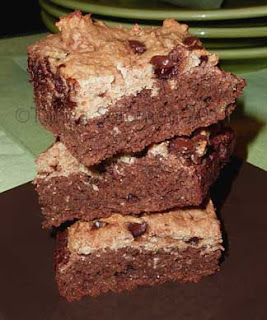 They look good, don't they? They are! I got the recipe here. Chocolate Chip Cookie Brownies! I changed it up just a bit by using whole wheat flour, MUCH less sugar, and more applesauce with just a little oil. To me, this was more like half blondie, half brownie because the cookie part was so thick.  Maybe I should've added more liquid so that I could've spread it more easily on top.  Nonetheless, still delicious :) I highly recommend it for that special once-in-a-while dessert (I can't make stuff like this very often, unless I want to put all my weight back on!). 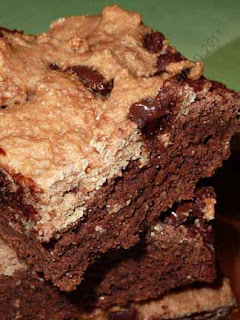 I slow roasted tomatoes! Yup....so easy and so tasty.  Never done that before.  Here's how:

Take a pound or two of roma tomatoes and slice them in half.  Spray two cookie sheets (or however many you need) with some oil and lay the tomatoes on them, cut side down.  Put a few cloves of garlic in between them and cook in the oven on 250 degrees for around 2 to 2 1/2 hours.  Watch them and make sure they don't burn.  They are absolutely amazing done this way! 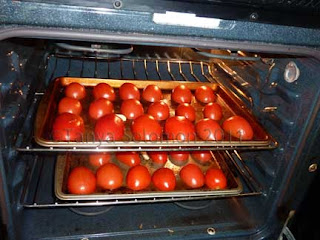 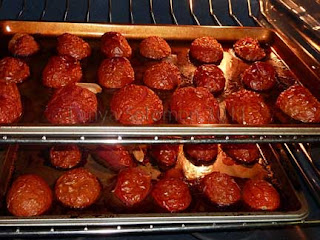 I had some with a few other roasted veggies alongside this Lemony Yellow Split Pea dish. The split peas were awesome....I cooked them a bit longer, because I like them soft and mushy. But maybe that's just me :) But I actually got the idea from this blog.... 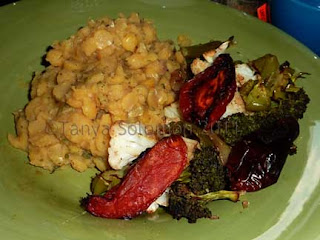 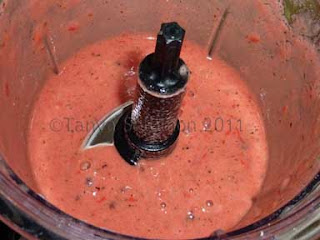 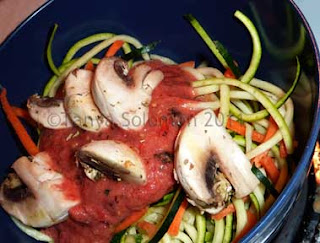 A sandwich of my own sprouts, salad, and kale, with sweet pickles and Vegenaise on sprouted grain bread: 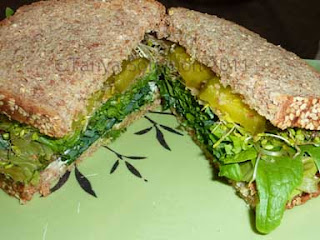 Hey, does anyone know of a good "standalone" vegan cheese? One you can just eat a piece of by itself? I like to put Dr. Cow on crackers...I don't think I could eat it by itself though. And I use Daiya, Teese, and Rice Vegan slices to melt onto things.  But I've got nothing to just eat plain, or in a sandwich. Any ideas?

And don't forget to give me your travel ideas on my last blog post!! It's very important.

On another note, if you love beer, please let me know if you'd be interested in this book at all. I'm trying to decide if I should do a giveaway on my beer blog.....if there are enough people that want it.