Before I forget, remember to enter my Bob's Red Mill giveaway! There will be THREE winners, so you've got a pretty good chance.

I have to catch up here....I even ran across a couple of photos I took of stuff I made and I can't remember what it was, because I never wrote down the recipe!! Hahaha....oh well.

First, I made up some awesome vegan parmesan: 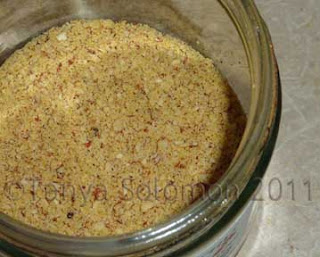 
Pulse in your food processor until almost in powder form (you still want a little bit of texture though). Store in a glass jar in the fridge. 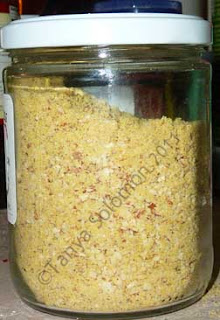 Next up, homemade sweet and sour sauce.  It was all for me, since S hates this kind of sauce :) 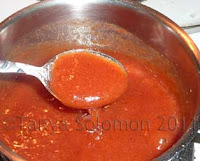 
Put the 1st four ingredients into a small saucepan and heat on medium heat, stirring until the sugar dissolves.  Add in the arrowroot mixed with water and stir/heat until thick. 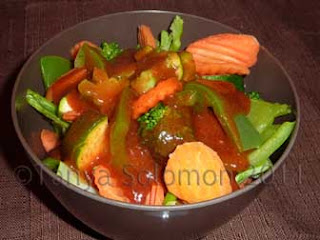 I finally sprouted lentils for the first time! They're so good....I put them on my salads: 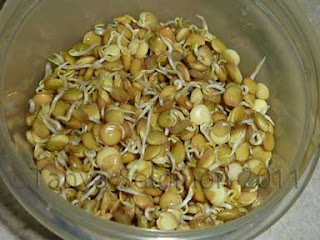 "Raw Food For Real People" by Rod Rotondi and "Raw Food: A Complete Guide for Every Meal of the Day" by Erica Palmcrantz and Irmela Lilja.

Both are great books. From the second one I made a few things: 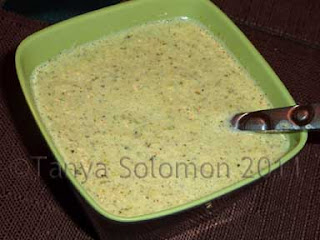 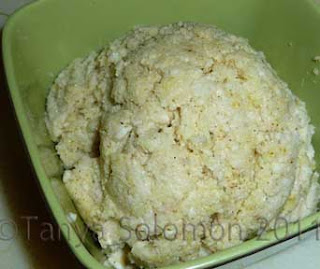 Ranch Dressing (which I put on potatoes, because it's so good that way-not raw, I know!)

From the first book: 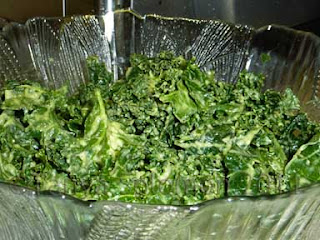 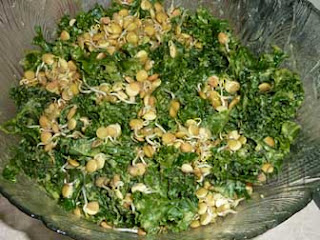 (same kale salad, but with my added sprouted lentils)

I really want to add more raw meals to my diet.  S doesn't like that idea. More for me :) 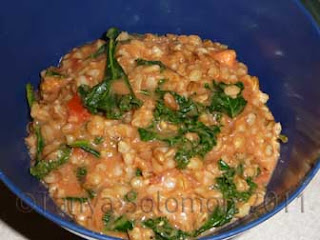 My Kale and Tomato Barley Risotto 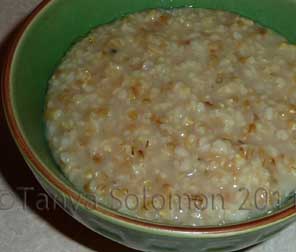 I recently found these "burgers" at the store and thought I'd try them, since they're soy-free: 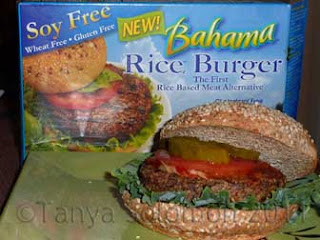 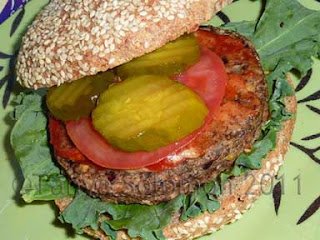 They were pretty good...not a ton of flavor, but with the added "materials" on the sprouted grain bun, a pretty good lunch. I like the idea of a soy-free burger. Do you know of others?