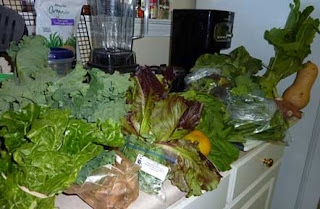 I sort of made Robin Robertson's Fusili with Potatoes, Green Beans, and Lemon Basil Creme from her cookbook, "Vegan On the Cheap". I made noodles...udon noodles.  I left out the potatoes. I left out the oil & used almond milk instead of soy. Basically, I made her sauce and spooned it over the udon noodles with steamed vegetables (yellow squash, zucchini, & carrots). Then I had leftover sauce spooned over a baked potato with steamed veggies. Both were delicious! I'll definitely make this one again. 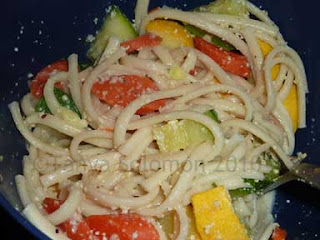 The other night, we had a friend over and I needed something quick for a starter, while I finished cooking my main meal. I found a recipe for Sun-Dried Tomato Hummus in "Ani's Raw Food Kitchen."  I thought I had sun-dried tomatoes.....I KNOW I have them.  I couldn't find them. Oh well, it's basically made from zucchini, which I DID have.  So I made the recipe, and just left out the tomatoes.  It was pretty good....perhaps a bit too much tahini for my taste. Next time I won't put in as much, and will add maybe a bit more salt or lemon juice. 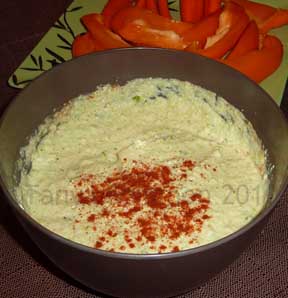 Then for the main meal I made two parts: my mix 'n mashed potatoes and one of my Indian dishes. You can find them on my recipes page. 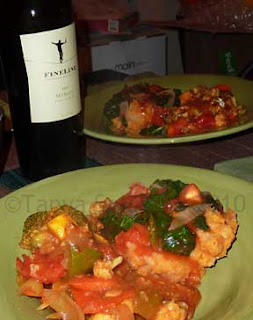 (the curry is in the front, the potatoes in the back)
BROWNIES! I've been craving something sweet and chocolate for a while now. I hadn't baked anything in a while, so I finally made some brownies the other night.  Found a recipe in Alicia Silverstone's "The Kind Diet" for Coffee Fudge Brownies.  They're excellent! And I just happened to have some decaf coffee from the morning, still around. How convenient :) 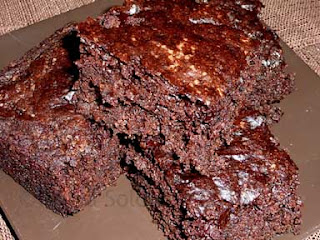 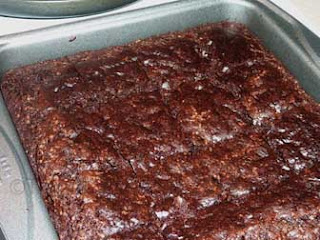 I used whole wheat flour only and used raw cane sugar (1 1/4 cups).  I did add oil (what??). I mean, the recipe called for oil and I used some, but not all. I usually leave out the oil entirely. I also left out the nuts & glaze. Didn't really need the extra calories on top of the brownies themselves. The brownies were very cake-like. So if you like dense brownies, these are not for you. They are delicious though!
Remember when I went to NYC and brought back Murray's whole wheat everything bagels??? I finally pulled one out of the freezer the other day and smothered it with Tofutti Cream Cheese.  The fine folks over at Tofutti sent me some coupons for free products so I thought I'd pick up some of their cream cheese and sour cream.  They both use NON-HYDROGENATED oil! I don't use these products all that often, but for once in a while use, like my 'once every couple of weeks'  bagel n' cream cheese, it's really delicious! 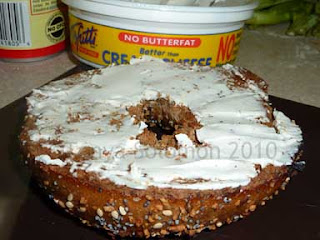 (my half bagel with Tofutti Cream Cheese)
And for the sour cream, I made my Sour Cream Dip! So good! 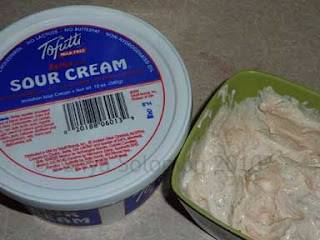 Coming up: My CSN Store item review. It's a very cool item!
If you missed it, check out my own recipe for Vegan Queso.
What are your thoughts and experiences with these stores? Which are your favorites? (I've only shopped at Pangea & Cosmo's so far)