Last night we had friends over to eat VeganYumYum's Cauliflower Bake.  I ended up adding broccoli to it because the head of cauliflower I got at the market wasn't big enough!  I also left out the tofu layer, because they didn't have any at the store.  It was still delicious! 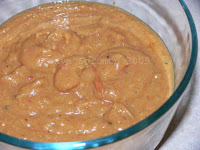 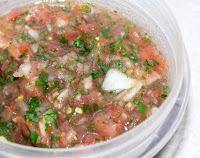 I also made a Curried Tomato Spread I found on the fatfreevegan website.  It was really good...nice Indian flavors.  Made up some salsa too! Although the onions I used (all I had on hand) were a bit strong for it.  I put 1 big tomato in a food processor and added about 1/4 cup onion, a handful of fresh cilantro, juice from 1/2 key lime, crushed red pepper flakes, and some salt and pepper.  Process for a little bit, still leaving it a bit chunky.

And today I had to try making a new flavor of ChocolateCoveredKatie's fudge babies: Pumpkin Pie Chocolate Balls.  (I still had leftover pumpkin puree).  They're very tasty.


UPDATE: ChocolateCoveredKatie has already made pumpkin pie babies, but this is slightly different. 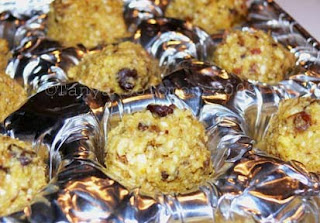 
Mix it all up in a food processor.  Shape into balls and put in the fridge! 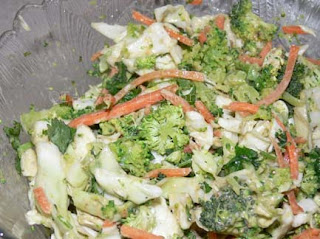 And finally, today's lunch was a nice spinoff of a "peanut" sauce on veggies.  I used VeganYumYum's recipe for Nearly Raw Tahini Noodles.  But I left out the noodles!!  (on purpose of course....trying not to eat so much pasta) I just shredded some cabbage and carrots and chopped up some broccoli.  Then put the sauce on top.  I doubled the sauce, and we used most of it!  It's very good.  I left out the chili sauce, because I didn't have any.  I added some crushed red pepper flakes instead.  And I added a bunch of fresh cilantro we got at the farmer's market.  Good stuff!

Off to rehearsal soon.  We have our first performance of this Tchaikowsky Sextet coming up on Thursday....then another on Sunday.   If you like classical music, I highly recommend listening to it.  It's called "Souvenir of Florence"

That's it for now.....oh, is the weekend over already??  As a musician, we never keep track, because we work weekends too.